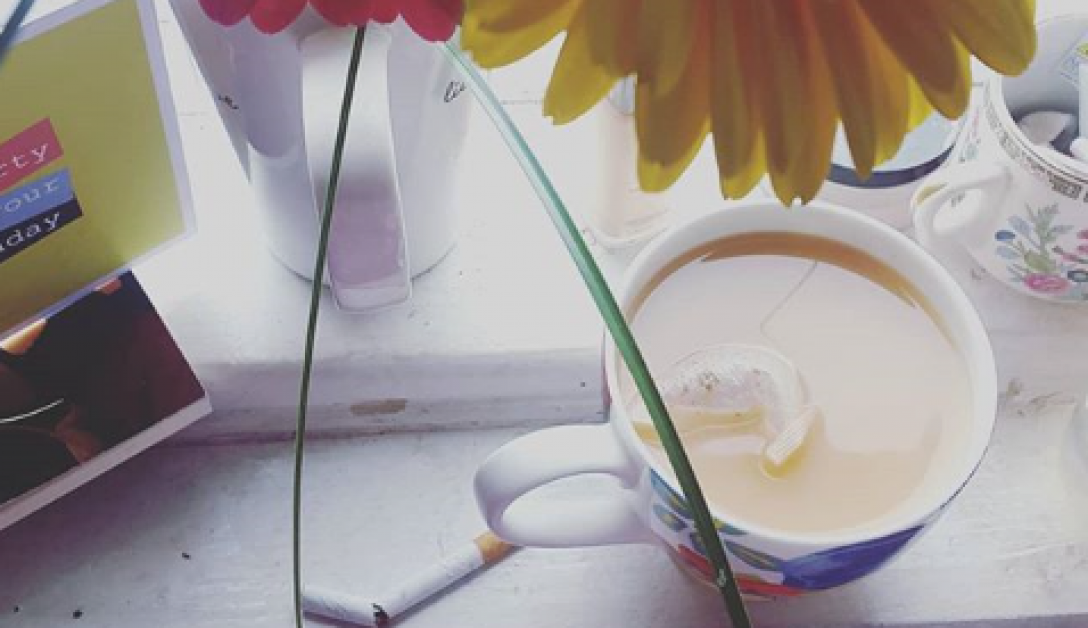 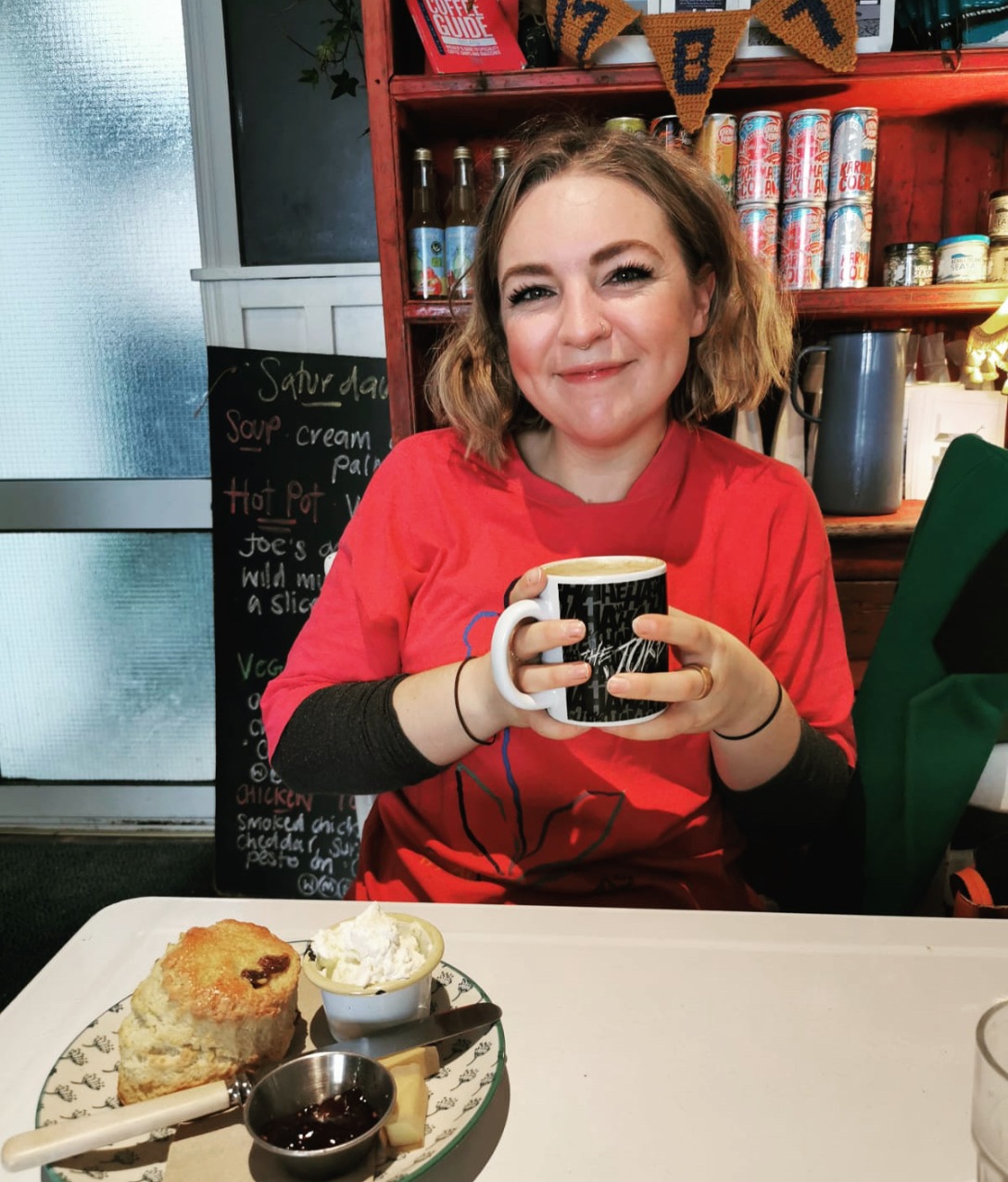 The truth is I’ve been trying to write this for five minutes but a piece of toenail got stuck in my keyboard. I tried to get it out but in so doing instead aided it in its escape from my newly-manicured fingers so that now its rump is lodged under the ‘@’ key – which, for a blogger, is one of the most important keys there is. Just kidding, I’m not a blogger – I’m a creator, you guys.

I waxed my legs today.

That’s what I came here to say. That is the piece of news I have to impart of a Sunday evening. My legs have not seen anything approaching a razor or wax strip since the last decade, which might sound much more dramatic than it really is but that’s because the hairs WERE much more dramatic than one might have expected them to be. While you’re all locating buckets to wretch into, allow me to elucidate:

It was becoming difficult to distinguish the colour of my skin – or indeed any of my skin at all – under the thick undergrowth. I was so far beyond the usually alarm-bells pain (half physical, half embarrassment) of prickly soldiers standing to attention through the static of tights that my hair was essentially functioning as a fluid, gently-swaying-depending-on-the-wind-direction, legging. Past stubble, past scratch, I was voluminous, luscious, brushable, mink.

“How many times do I have to condemn myself with the outrageous lie that not properly adhering to a maintenance regime will preserve me from poor life choices (or potentially great night choices)? Does anybody else do this?

I’ve caught the stray glances at the two-fingered stretch of skin on show between sock and jean, I’d watched the subtle repel in horror, the effort to maintain a neutral facial expression as my father would go to remove dirt from my ankle only to realise….that’s not dirt. It stopped being “time”, a long time ago.

However – and I’m not proud to admit this – the reason today was the day finally anointed, ordained, bequeathed with the honour of setting aside two hours to de-hair the bestial hams that were once supple limbs was not from an inner sense of pride in appearance or self-worth but rather because last night I had a nightmare. I dreamt I was having sex with someone – and what a whimsical dream that is for all us self-isolating, reluctant celibates AMIRITE, ladies?? – when he suddenly came to an abrupt and panting stop because of the forests lying ham-like beneath him that he was scared, with the friction of our love-making, might set his Egyptian cotton sheets on fire. He was too disgusted to finish.

I’ve spent most of the past two weeks looking like a greasy priest with teenage skin and a willful misunderstanding of the pretty straightforward concept of “getting dressed.”

My legs were, in his words, too grisly. Or was it gruesome? Either way, suddenly waxing my legs moved from an abstract concept on my should-do list to absolute priority on today’s to-do list.

I should say, when I say nightmare, it was really just a heightened fictionalisation of my last sexual encounter which, conveniently, was a day before entire lockdown ensued. “How many times do I have to condemn myself with the outrageous lie that not properly adhering to a maintenance regime will preserve me from poor life choices (or potentially great night choices)? Does anybody else do this? Not shave, pluck, wax, exfoliate, moisturise, wear nice underwear, put on lipstick because you swear to yourself you will definitely not go home with them and even if you did impetuously decide you did want to play the “tea?” game, this remembrance of the hair unwaxed, the bikini line untrimmed, the lace ignored, will be enough to keep your promiscuity, your joie de vivre or, more likely, your “ara, fuck it” spirit in check. IT DOESN’T WORK.

It didn’t work for me during Storm Emma (at least hair was a necessity then as an extra thermal layer). It didn’t work for that Tinder date who I then had to ask to leave because the poor cratereen didn’t know what he was at, and it sure as hell didn’t work on that last hurrah Thursday night when I found myself in a not-so-stranger’s kitchen drinking a version of a hot whiskey watching a guitar being strung and the minutes still left before work the next morning tick tetchily – and a little judgementally, actually – by.

I would also just like to take this opportunity to say that I’m all for the body hair – free the underarm! – and all of that feminist jazz. In case you missed it from the above, clearly I take my feminism very seriously. About six inches, to be exact. I perfectly understand that being repulsed by my own body hair is an act of internalised misogyny and that I still view my body as an object to be prettified for the male gaze. I know my reasons for hair maintenance shouldn’t depend on the odds of my getting naked with a male body but also…I’m busy? I simply must prioritise. And, in case you’re not convinced of my feminist credentials, I have gone to many a gym and/or yoga class in a deliberately sleeveless shirt and unapologetically met the eye of many an instructor/fellow participant gazing at my flamboyant armpit hair. Whether that hair existed out of feminist defiance or sheer absent-mindedness is my business.

So, at approximately 3pm this afternoon, I oiled up, put on Self-Made – Octavia Spencer’s Netflix mini-series on C.J. Walker, the first female (and woman of colour) self-made millionaire – and inhaled a LOT of air before bracing myself for the first tearing rip of the first ruthless strip.

Reader, it was painful.

Just finding where one hair started and where its thick eyelash ended was a challenge. As ever, I found myself wondering if this act of beautification was actually counter-productive given the amount of wrinkles it must surely induce with my wincing, grimacing, frowning, screeching, uncontrollable crying/hysterical laughing. Regardless, depsite the premature ageing that I will now have to devote another forty minutes to daily to counteract, we have achieved relative success. I can’t say I am hairless but I am definitively, chicken-plucked, goosepimply hair-less. And less is definitely less in this situation.

How did you spend your Sunday? Smiley face.

CLARIFICATIONS: Ahh, I’ve just realised I have not contextualised either the toenail or the sexual encounter. So, en route to the hazardous job of waxing, I decided to warm into it by first giving my poor, completely neglected-feet some TLC. If I’m being perfectly frank with you (unusual and out of character, I know) I’ve spent most of the past two weeks looking like a greasy priest with teenage skin and a willful misunderstanding of the pretty straightforward concept of “getting dressed.”

Looking at my face makes me sad. Looking at my hair makes me sad. Looking at my hands – chapped with all this washing and scarred with the scratches of the cat I cannot stop torturting in the hope he’ll someday adore me – makes me sad. Looking at my feet ugly from abandonment and being stuffed into the only ill-fitting shoes I have in my home house, makes me sad. So, I decided to take charge. To trim the nails and paint those talons happy. Unfortunately, a nail scissors – my preferred weapon of choice – was unavailable so I was forced to use a nail clippers – the object I believe most synonymous with fathers the world over. My nails may have gone a little rogue and, in a bid to make a break for it, hopped right out of my nail and on to many unusual surfaces, keyboard included. I hope this reassures you I’m not a dirty cretin. After many wasteful minutes only further hastening my crow’s feet, I have dislodged said toenail from the ‘@’ key. It rests peaceably in a bin because I am a very clean, very tidy, very genteel person.

I can’t say I am hairless but I am definitively, chicken-plucked, goosepimply hair-less. And less is definitely less in this situation.

Sex man and my hairy legs: Just to be clear, I was not – nor have ever been – in a situation where intercourse was halted because of a leg hair problem. I cannot say that emphatically enough. I’m pretty sure he had a nice time – that’s what he said, anyway, and everyone knows nice is the highest compliment there is in sexual ratings – in Bedroom Olympics, “nice” is a gold medal – right, men? But I was so terrified of him touching me – or rather, being unable to touch real me due to the drapes plaiting a barricade in his way – that the experience left me mildly traumatised, hence the nightmare.

Regardless, I am now hair-less and ready to greet the world again with my almost-smooth, sadly still-stubby pins! Oh, wait, Leo took potential romantic encounters involving my oiled-up legs away from me…guess I’ll just go show my parents what their 27-year-old daughter achieved today.

(Three Things I’m Joyful for in the Times of Corona, to the Uninitiated and Semantic)

Are the socks too much?
The book buying hiatus is over and a deep and profound love for Melbourne’s secondhand bookstores is beginning. Quite literally, a new chapter 🌈
Remember my lip hair? The subtle, the persistent, the incorrigible, the solitary one? The long, blonde twist of audacity? Well, she is back. Or maybe she has a sibling. Either way I am flattered instead of repulsed and so I wrote about it. Link in bio if you’re interested in unhealthy attachments to facial hair 💛
IN TODAY’S IRISH TIMES MAGAZINE!!! 🌼
Zowee! Another beautifully vibrant issue of @theglossmag landed on shelves last week and it is craaacking.
Earnest Spoon incoming!!