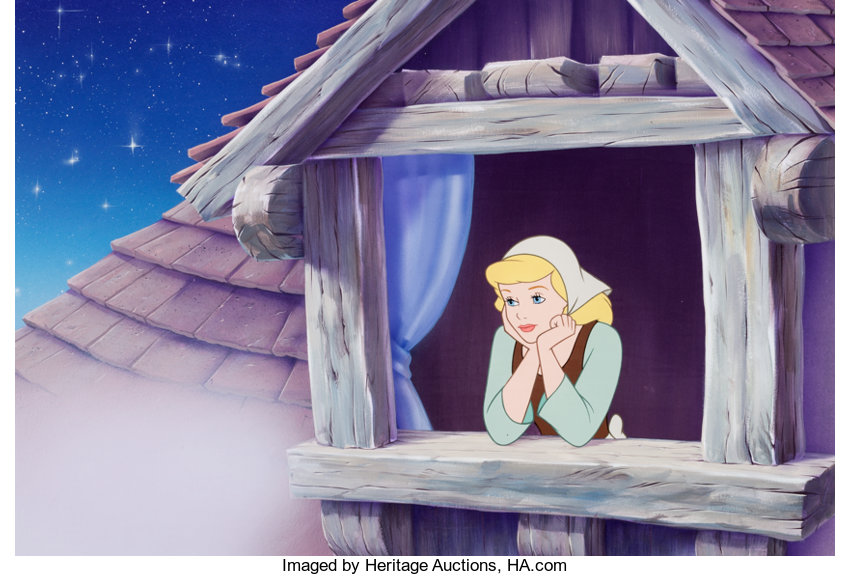 This article featured in the Irish Examiner Weekend Magazine in March 2019.

If I had to choose one memory to define my childhood, it would begin and end with a meringue princess dress. Adorned with tiara, bedecked in what I called jewels but everyone else termed plastic crap, watching a Disney movie with rapt eyes the size of saucers. I cannot remember a time I did not want to be a princess or a childhood game that didn’t involve twirling in my garden singing, ‘someday my prince will come’. Watching these princesses as they swooned, sighed, sang angelically, I believed I was learning everything a perfect woman should be. Now, I realise I was learning female submission, rather than empowerment.

I was learning to narrow my identity, my self-belief and my opportunities to fit a domestic ideal.

In a modern reality where the number of female Disney protagonists matches the number of women in managerial positions (just over 30%) and the princess industry continues to thrive as children buy into these idealised stereotypes, these lessons of female capability are ubiquitous in both childhood fantasy and adult reality. As Disney prepares to release its live-action remake of Aladdin this May, it is clear that this modern update needs to smash glass slipper and ceiling and forever annihilate a Disney culture of female passivity. We need Jasmine’s rallying feminist cry – ‘I am not a prize to be won!’ – but more than this, we need a Disney world in which women are not marginalised or idealised but normalised.

The princess narrative in Disney movies is characterised by impossibility. In kingdoms where animals can talk, magic carpets are acceptable modes of transport, and spells turn rags into ravishing rigouts – worlds in which, quite literally, anything is possible – women are limited, disempowered, and immobilised by their gender. Framed by a window – Jasmine in her palace, Rapunzel in her tower, Cinderella from her attic, Ariel in her oceanic castle – princesses are reduced to observing a world they cannot partake in. Any attempt to stray from this narrative, to defy this confinement to attic, tower, gender roles ends in near-fatal disaster, personal injury and always requires a male saviour.

The message we learn from this as young girls is clear: passivity, domesticity, and smiling placidity is the order of the day.

And boy, do we learn this. A year-long study at Brigham Young University discovered that young girls who were heavily exposed to these princess archetypes displayed increased gender stereotypical behaviour. Internalising the gender tropes they were seeing on screen, these girls engaged in quiet and domesticated play like pretend cooking and cleaning, showed a preoccupation with appearance and a fear of ‘getting dirty’, all while growing increasingly averse to taking risks or trying new things. While these tendencies are not in themselves problematic, they can become harmful when, aside from the dehumanised evil female villain, this is the only female representation Disney shows us. As outlined in The Washington Post, this visceral representation of a female ideal limits young girls’ perception of their opportunities and capabilities in life at an age when they are consolidating a belief system and identity that will drastically inform and impact their futures.

And then Jasmine comes along – a mould-breaking princess who refuses to be controlled by men and, rebelling against her imprisonment, escapes the palace to find independence. Except, on venturing out into the world outside of domesticity, she is shown to be inept, naive, and helpless. Aladdin has to come to her rescue, stepping in to save her from the perils of a world of action that she was not made for. Whether classic, modern, or remake, it’s a theme Disney continues to uphold today.

It is not Mulan’s strength, determination or bravery that qualifies her as a soldier or as a valid, respected member of her community but rather the passport of being the ‘right’ gender.

She only has power and protection when disguised as a man and when she is discovered as a woman, she loses the influence, respect, and agency her ability had rightfully won.

Tangled’s Rapunzel literally breaks out of her tower, symbolically rejecting the mantle of a damsel left to wonder ‘when will my life begin’. Yet she too only does so with the help of a man. She needs, or rather believes she needs, his protection and guardianship to survive life outside domesticity. The fact the ‘hero’ in question is hapless, sarcastic, and immature only serves to augment the gender imbalance of modern Disney – a stupid man is still better than no man at all.

Even in the iconic Frozen, despite having two stereotype-defying heroines, women do not share equal representation within the greater context of the movie. Men dominate 59% of the dialogue, peopling and therefore controlling the larger world of Frozen in a way that Elsa and Anna, despite being paragons of empowerment, cannot.

These representations affect us, they inform our opinions and interactions and reinforce a society structured and governed by patriarchy. We no longer have jungles to hack through or enchanted forests to navigate but we do have offices to inhabit, boardrooms to walk into, promotions to battle for. Just like in Disney movies, these watercooler kingdoms, castles of commerce, labyrinths of academia are still stamped with the seal of patriarchy and, in the ascension to power, it is still men leading the way. The 2018 Global Gender Gap report shows that only 4% of CEOs are female (with only two being women of colour – a rant for another day).

Of 149 countries assessed, only 17 have female heads of state, while, on average, just 18% of ministers and 24% of parliamentarians globally are women.

While this clear imbalance is a reflection of the continued propagation of male-dominated structures, it equally reflects this Disney narrative that tells women that they are not good enough, strong enough, brave enough to survive or dominate these spaces.

According to a study by Hewlett Packard, men will apply for a job or a promotion when they meet only 60% of the criteria, while women hesitate to apply unless they meet 100% of the requirements. The Huffington Post has reported the clear confidence gap between genders and how this lack of self-belief is sabotaging female career progression. Confidence is not innate, and self-belief is not a gendered trait so why do men continually overestimate their abilities while women resolutely underestimate theirs, even when they are both equally capable? It is learned behaviour that is cultivated from our environments and the formative experiences that make up our journey through life.

Suddenly, the Disney cartoons that make young girls more likely to stay indoors for fear of getting dirty outside seem to transcend child’s play and become a small but tangible feature of a world where women get higher grades, perform better and yet routinely underestimate their skills and devalue their capability. If women are shown from a young age not the rewards of confidence but rather its dangers – perilous death, harm, the likelihood of failure – how can we be expected to exhibit it later in life? If we are told we need a man to save or help us, how can we not grow up believing them better and us inferior, impostor, or just ‘lucky’?

Now, I know I can’t hold cartoons responsible for a patriarchal tradition that has shaped our lives since time immemorial. However, as children we are at our most intuitive; we build beliefs based on what we see and these Disney movies are a kaleidoscopic conscience forming the crux of our upbringing, an integral cog in our evolving gender wheel of is and is not, can and cannot, must and must not.

While I grew out of wearing tiaras in the bath and princess dresses to the supermarket (much to my detriment, I feel) I am not confident I, or my peers, have equally outgrown the more subliminal aspects of princess culture.

This is why we have never needed Jasmine more. We need to be reminded that the walls of gender exclusion still need to be scaled and that we have the tools, skills, and confidence to do it. We need her to show us a whole new world of equality, to take us into the market place where women are visible – not only just as princesses – but as vendors, cobblers, butchers, doctors. It is only then that we have any hope of reaching the level of gender equality we dream of.

‘I’m still learning that I can only do one thing at a time and I will never be able to do everything. Furthermore, that there is no NEED to do everything or even anything. The world can wait. You are not a criminal for sitting indoors on a beautiful sunny day. Or napping. Or scrolling on your phone instead of going for a run. Does anybody else find that such a difficult lesson to come to terms with? I blame my Irish upbringing and the blue moon, two-week summer heatwave that you simply were not allowed to waste by spending more than thirty seconds indoors (just enough time to grab the baby oil and/or Doritos).’
HIIIIIYA!
Friends! This stunning masterpiece is on shelves now and you (for once) should NOT copy my mother and buy five but perhaps purchase a mindful ONE because reducing consumption is key but also consuming @theglossmag is an indubitable necessity! 💛
EARNEST SPOON NEWSLETTER GREETS YOU FROM BEACHSIDE TOWN! Hurrah! 🌞
Are our eyes the windows to our soul or the key to our survival?
New Earnest Spoon letter in your inbox! 🌼