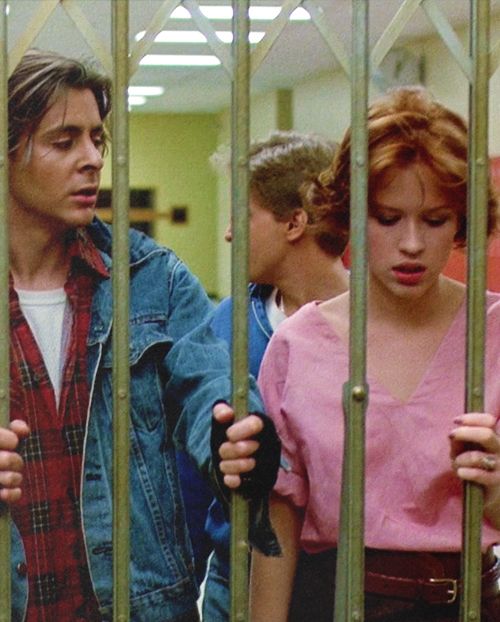 *I want to premise this by saying, and this applies to everything I post, that I write from a position of privilege. I am a white, cisgendered, middle-class, university-educated woman. My experiences of subjugation or inequality are heavily relative to my own privilege. However, that’s all I know, and so all I can write about. I do hope that this may be applicable in some form to others outside of my own circumstances – even if it appears under a different guise or in starker extremes, the feelings and principles of inequality ultimately remain the same. If it doesn’t, and just sounds whiny and obnoxious in ways only white feminists can, then I’m sorry.*

Unsurprisingly, I’m undergoing a self-improvement saison. Processes of self-evaluation involving charts, graphs, petrified focus groups, convoluted metrics and highly inaccurate means testing as I correlate expectations to reality, aspirations to ambition. Check-ins followed by corrections. Back in an office environment and reduced to static stupefaction for long periods of time, I find my movements taking on more significance, simply by the fact of there being less of them.

Sit up straight, I self-correct about a trillion times a day.

Stop shoveling food into your mouth like somebody’s going to steal it.

Have a piece of fruit, you don’t need the fourth piece of chocol –

Whispered out of the corner of a pursed mouth in a drafty church on a sleepy Sunday. Spat out with a slap as you hunker into the couch after a long day. Trilled at you in your occasion finery as you attempt the impossible feat of ‘looking like a lady’. Barked at you as you sit itchy and bored in a stuffy classroom.

It’s an expression that has signposted our awkward, tumultuous and, in my case, acne-ridden journey from childhood to adolescence and now, almost-womanhood. ‘Close your legs’ is a fundamental mantra underpinning our first awareness of gendered identity, the very idea of”femaleness’. It is the cornerstone on which we build our understanding of sexuality and inadvertent sexualisation; as entrenched in our own ‘womanly awakening’ as the inaugural trauma of periods or the first bra-fitting experience courtesy of a very bright, very busty and very efficient lady named Linda or Sharon in a Debenhams changing room (that’d be a double A1, Sharon). It is often our first indirect – because Catholic and Irish and genitalia – reference to the mother-ship of our sexuality. And what an introduction it is – a glare, a criticism, a slap, to cover, hide, close and feel illogically ashamed for no identifiable reason. Jaysus, I miss Mass.

Message Number One – Women are for Sexualising, not for being Sexual

Girl, your sexuality is indecent. This thing between your legs, covered by tights and ingrown hairs, is dirty, wrong, shameful and to display it in any way – to so much as hint at its existence – makes you equally so. Failure to conceal it is an act of willful promiscuity for which you will be solely responsible for the consequences. While this essential part of you will become the focus, the locum of the sexualised harassment, abuse and discrimination that will come to define your opportunities, your choices, and even your own self-worth throughout your life, it is not yours – never yours – to own or exhibit or even acknowledge the existence of in any way that could be interpreted as provocative. It is a locked box that only another has the key to open, explore and plunder. And so begins a change in our relationships as we know them – the first beginnings of sexual politics and, more importantly, an Irish woman’s understanding of sexual politics.

Namely, that a woman must, at no point, demonstrate herself as a sexual being. She must, of course, be sexually appealing to men, but in such a way that she appears ignorant and guilelessly innocent of this appeal.

We close our legs because it is not ladylike, it is not attractive to leave them gaping. The men will not want us and the women won’t talk to us if we’re not ladylike and attractive. We will be social pariahs, marginalised, isolated, shunned.

It sets the foundation on which most male/female relationships in Irish society function – a pursuer and a pursued, a dominant and a submissive. It automatically places the woman in a passively reactive role, while men are shouldered with the burden of active hunters. It is a system in which both parties are disadvantaged and damaged. One is suppressed by inaction, the other oppressed by the pressure to act. The man must woo, he must court, he must beguile, persuade, charm in the hopes of opening what is closed to him. Our dating rituals are riddled with these erroneous waymarkers that steer us off into dangerous and unequal territory:

He should always pay.

You can’t sleep with him on the first date, he’ll get the wrong idea.

He has to text me first.

Fine, I’ll bring you home but I’m not having sex with you (most times – and I’m speaking from experience – she will and/or wants to sleep with you, but only when it’s been established that you have convinced her it’s acceptable to do so).

These are political constructions of gendered identity that are inherently damaging and they are everywhere. Remember  in The Breakfast Club when Judd Nelson hides under Molly Ringwald’s table and hypnotised, transfixed, googly-eyed over the white triangle of Molly’s underwear decides that he cannot ignore the clear invitation of marginally open legs he must – he simply MUST reach and take what is so clearly on offer. Somehow, Molly feeling relaxed and trusting enough in an environment to leave her legs slightly ajar – hidden beneath a table, I hasten to add – is an open invitation for male sexual gratification, exploration and violation. Judd sees the fact of her legs not being entirely shut as clear encouragement to touch her without permission. Message received, society, as she – shocked, discomfited, and unnerved – sits there, covers for him, and remains silent.

His exploitation is downgraded to flirtation,  his inappropriate advance neutralised and normalised by the pretext of romance. And, before you begin to argue about the validity of this claim, can you just…not? I’d rather not discuss, again, how that relationship, like almost every other movie ever, encourages female idolation of a man whose behaviour towards his supposed ‘love interest’ is derisive, demeaning, derogatory and invasive, all because he would rather undermine her than deal with his own insecurities. Spare me, I’ve got the postcard already.

Message Number Two – We do not take up Space

Woman, you have no right to assert yourself, there is no room for you to expand, develop, excel. Make yourself small, neat and unobtrusive – to be anything else is unfeminine. Never forget the limits of your own identity, agency and power.

Because to open your legs is to make yourself bigger – to express a certain confidence and power through the literal act of taking up space.

It is a physical demand for and assertion of ownership of an environment – we are staking a right to be noticeable and noticed, visible and recognised.

If this sounds ridiculous, then think of how you sit when hanging out with your friends. In a space of trust, familiarity and safety, you relax, loosen, elongate and expand  – secure in your belief to take up space because your value and worth is validated by your friends. In this space, we demand attention; we unapologetically present ourselves in uninhibited and authentic form – splayed limbs and all.

Now imagine yourself in a professional environment – a job interview, a meeting with senior colleagues, a briefing with influential clients etc. How do our bodies navigate those spaces of hierarchical power, intimidation and primal apprehension? Shrink, retreat, diminish, close. We are straightened into smallness and often stripped of the belief in self-assertion we so effortlessly employ in safe environments. That is the frequent female experience with life as one constant business meeting, the world one bleak conference room,and  daily interactions terrifying rituals in which one must be constantly aware of the messages being sent out in an environment created to exclude.

Perhaps it seems like I’m exaggerating, becoming hysterical and neurotic (how terribly woman of me) over innocuous traditions of courtesy and comportment. Except find me a girl who has never been told to close her legs because it is unladylike or unattractive. Get on a bus, jump on a Luas, sit in a cinema or on a cramped airplane or in a friend’s living room and look at the posturing around you.

How we carry ourselves, much like how we dress, is politicised. It is a statement not so much about who we are but rather who we think we are and what this identity entitles us to.

It is a burden of societal expectations that we have been shouldered with since infancy, that we have grown up ingesting, internalising and then, like indoctrinated, unaware butterflies, excreting in conditioned patterns of behaviour.

And yes, these patterns are small and they may seem insignificant. But it is the very fact of this insignificance, this unquestioned normalcy that makes them so important. Systemic and routine suppression is rooted in the ordinary – it is the camouflage of everyday that makes it so wonderfully effective (just ask several little uniformed men with questionable facial hair and a penchant for oratory). Even though it’s been years since I sat straining to keep my knees together on a cold church pew and my mother would never dare to comment on my comportment now, her criticism is null and void because I have already imbibed it, allowing it to permeate and inform my thought processes, behaviours and habits. ‘Close your legs’ is now an embedded remonstrance in the whirlings of my perfection-seeking mind, as established and inarguable as brushing teeth, chewing before speaking and please and thank yous. How can we begin to truly overhaul patriarchal systems and build sustainable frameworks of equality when the foundations are already rotten and rankled? When the smallest patterns we knit our lives along are inherently misogynistic, what hope do we have of overcoming the limits of gendered constructs?

Whatever about sitting up straight, curbing the incessant sugar cravings, and drinking our way to the hydration mecca of two litres, we need to excavate the principles of self-correction, and comb out the hang ups of unequal constructs we have long outgrown. We need to sit with our legs wide open – both literally and metaphorically – without feeling obtrusive, conspicuous and dogged with worry of how our posture might be interpreted and the interaction it might initiate. We need to believe in our unequivocal right to take up space and more than that, our right to never have to apologise for asserting that. We must be big, and then bigger again, and learn the pleasure and power of legs splayed, spread-eagled, liberated, unapologetic, and just asking-for-someone-to-trip-over-them. Cause I am done falling for antiquated suppression – aren’t you?